Livable Planet Editor Peter Thomson has covered the broad swath of issues related to the environment and global sustainability for more than 25 years and has headed up The World's coverage since 2008. He's the author of the acclaimed book "Sacred Sea: A Journey to Lake Baikal," about the world's largest and deepest lake, the co-owner of a super-efficient, 100 year-old Boston triple-decker, and the father of a very curious young daughter.

Peter Thomson has been covering the broad swath of issues related to the environment and global sustainability for more than 25 years and signed on as The World’s environment editor in 2008. In 2017 he initiated the transition of the program's Environment desk to the Livable Planet desk. (Meet our new Livable Planet desk. It’s about what we need to have a future.)
Peter's a public radio "lifer" who got hooked on radio journalism in high school, while listening to and then interning with Danny Schechter the News Dissector at Boston's legendary WBCN. From college radio at WYSO and WMUA and detours through such promising alternate career paths as bike messenger, oyster shucker, DJ, substitute teacher and housepainter, he worked his way into his first reporting position at WFCR in Amherst, Massachusetts and  soon became a regular stringer for NPR. After stints at WBUR and Monitor Radio in Boston he signed on as the founding editor and producer of NPR’s groundbreaking new environmental news program Living on Earth, in 1991. In nearly 10 years at the program, Peter helped establish Living on Earth as the preeminent broadcast source for environmental news and helped the program earn numerous awards and honors. He also reported for the program on issues from oil and natives on Alaska’s North Slope to solar power development in rural Morocco.
In 2000 Peter left Living on Earth to travel around the world by surface with his brother via Siberia, from which he was lucky to escape with enough material to turn into his acclaimed 2007 book Sacred Sea: A Journey to Lake Baikal, about the world's largest, deepest, oldest and most ecologically unique lake. Sacred Sea was dubbed “superb” and “compelling” by the New York Times. His favorite work to date, though, is his radio documentary about a hot dog stand in Oakland, California, Original Kasper's: The Hot Dog Stand that Saved a Neighborhood.
Peter's work has received more than two dozen awards, including a 2016 AAAS Kavli Science Journalism Gold Award for audio. He’s been a fellow at the MacDowell Colony in New Hampshire, the Rockefeller Foundation’s Bellagio Study and Conference Center in Italy, the National Center for Atmospheric Research, the Marine Biological Laboratory, the Institute for Journalism and Natural Resources, and the International Reporting Project, with whom he traveled to China in 2010, and in 2014 received a fellowship from the Heinrich Boell Foundation to report on advances in renewable energy storage technology in Germany. He served 15 years on the board of Directors of the Society of Environmental Journalists, 10 years on the advisory board of the Metcalf Institute for Marine and Environmental Reporting, and five years on the advisory board of the Institute for Journalism and Natural Resources.
Peter lives in a super-efficient, Deep-Energy-Retrofitted 100 year-old Boston triple-decker with his wife, Edith and his very curious young daughter, Eleanor. He is often found nursing one basketball injury or another but doesn't have the sense to stay off the court. 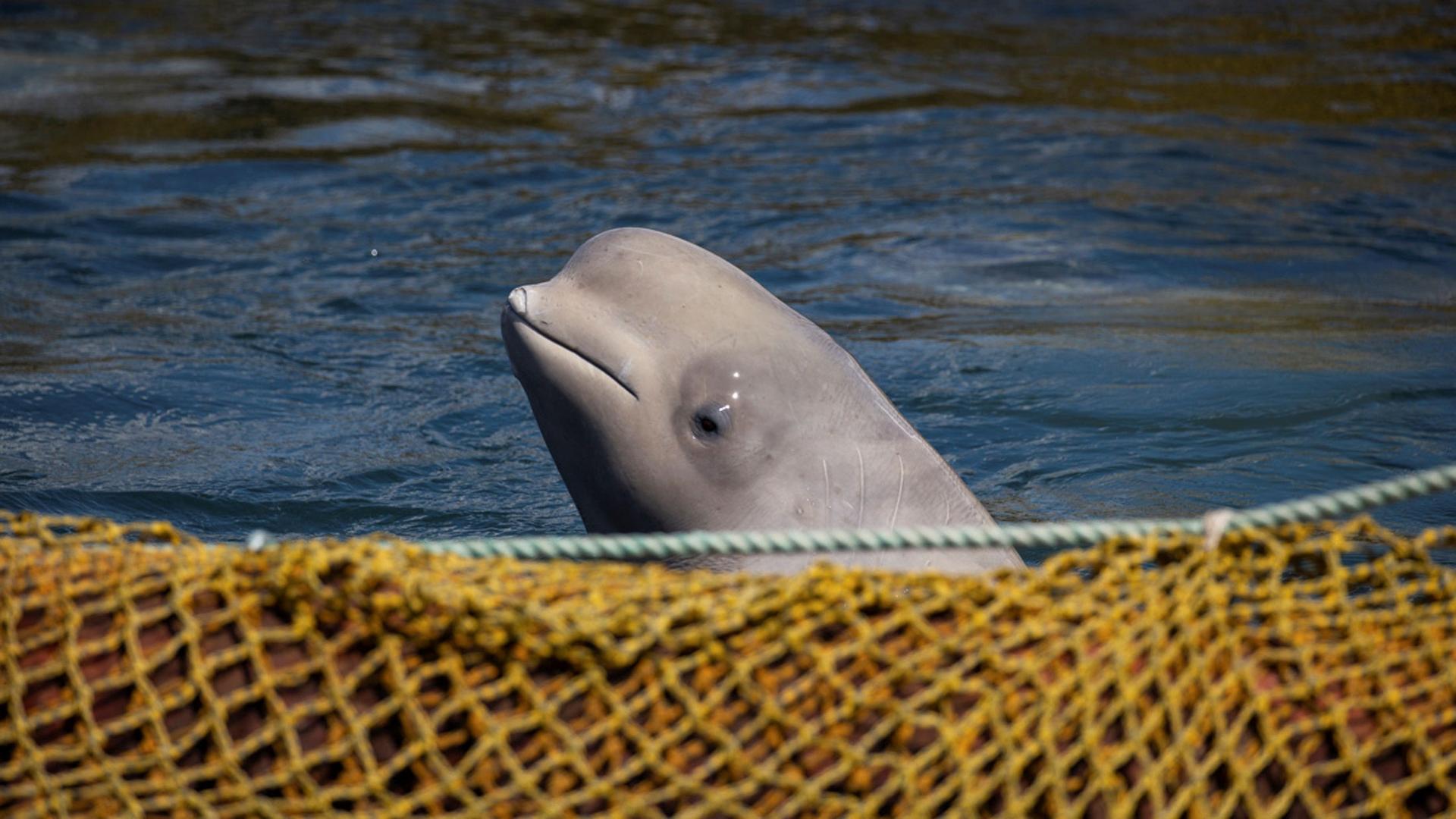 Nearly 100 whales are being held in small pens near Nakhodka, Russia. The whales were captured last summer to be sold to marine parks, but after international outrage Russia on Monday agreed to release the 97 remaining in captivity. 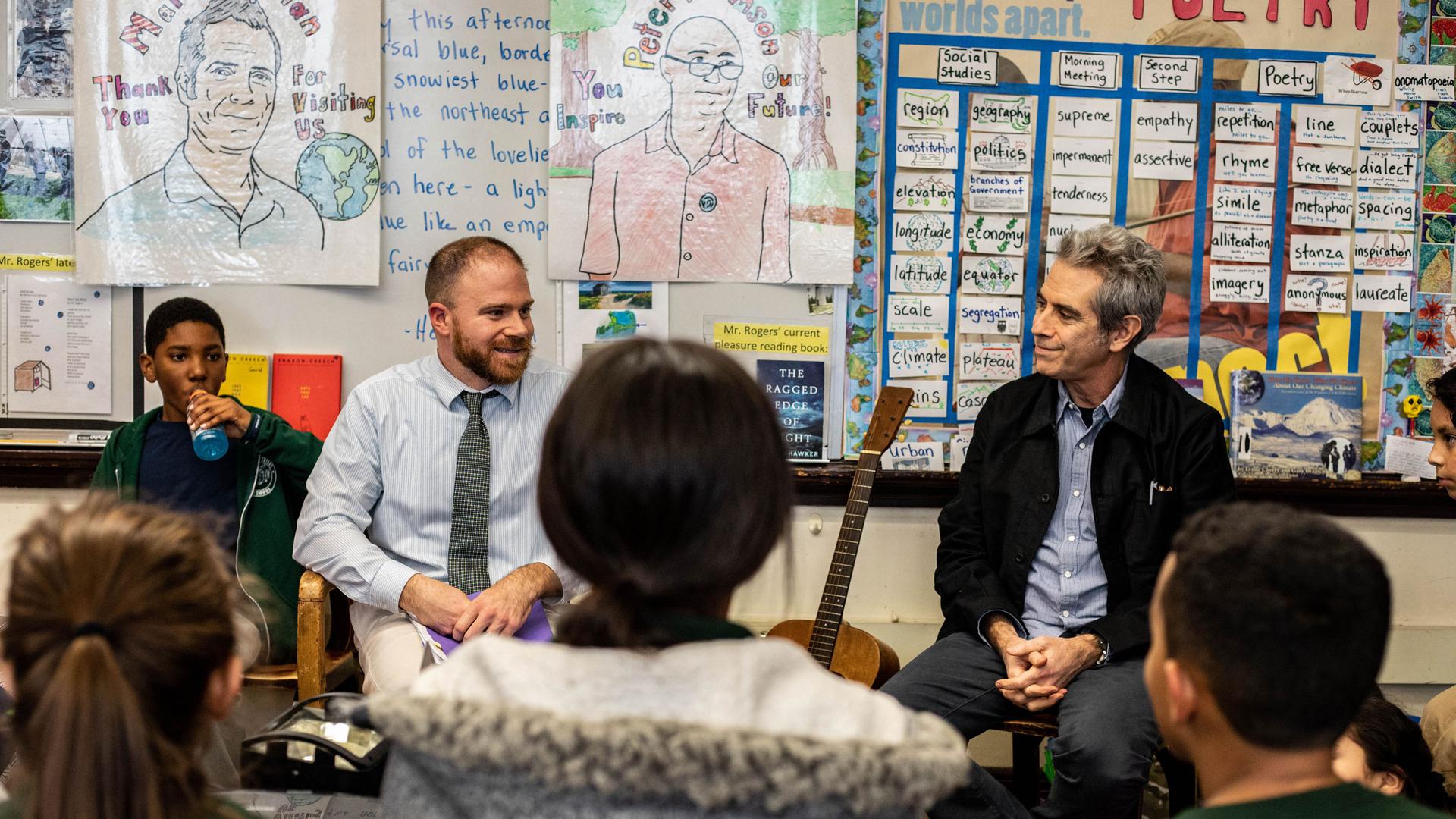 With the lights still dark in Puerto Rico, solar companies see an opportunity to help

Is the 1-2 punch of Harvey and Irma due to nature — or climate change? Yes.

Back-to-back mega-storms pounding the US and Caribbean countries have left a lot of people wondering if this is climate change at work. The answer is yes, and no. But it's the wrong question.

Is the 1-2 punch of Harvey and Irma due to nature — or climate change? Yes.

Harvey may have caught Texas by surprise, but other places have been getting ready for more extreme weather

Climate change is bringing more extreme weather to just about every corner of the globe. Some places are getting ready, some aren't. And the difference isn't just about money.

Harvey may have caught Texas by surprise, but other places have been getting ready for more extreme weather

In a direct challenge to the positions and policies of the Trump administration, a leaked draft of a scientific report from 13 US federal agencies says there's no doubt humans are largely responsible for climate change. It warns of the stark consequences now and in the future.

Britain plans to outlaw the sale of new diesel and gasoline cars and vans starting in 2040. But what are the hurdles to going electric?

American climate scientists are responding to a plea made by French President Emmanuel Macron after President Donald Trump announced the US would pull out of the Paris climate agreement.

The curious parallels between love and the bizarre — but potentially very useful — phenomenon called "quantum entanglement."

A Delaware-sized iceberg has broken off of the Antarctic Peninsula

One of the largest icebergs ever recorded has snapped off the West Antarctic ice shelf, scientists who have monitored the growing crack for years said on Wednesday.

A Delaware-sized iceberg has broken off of the Antarctic Peninsula

As President Trump turns US government policy away from the realities of climate change, a new scientific study confirms a link between climate pollution and dangerously extreme weather. The irony of the timing is not lost on the study's lead author.

Scott Pruitt says there's no proof that carbon dioxide pollution is causing the Earth to heat up. Well-established science — and a scientist who's a fellow Republican — says that's flat-out wrong.

China says it'll invest an additional $361 billion in renewable energy projects by 2020, and in the process create 13 million new jobs. The move's in sharp contrast to Donald Trump's promise to reinvigorate the coal industry in the US. Mary Kay Magistad of The World's "Whose Century Is It?" podcast says China seems to have a clearer vision of the future.