How much time do you spend looking — really looking — at a work of art? Not enough, says Arden Reed. 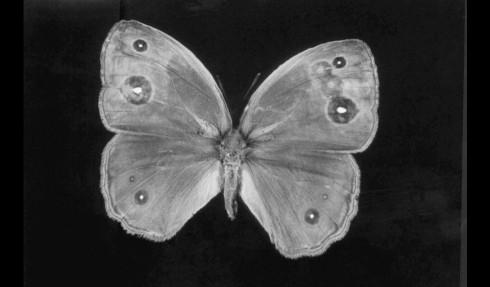 The collision of art and science will produce an entirely new art form, a new book says

December 5, 2014
Arts
The collision of art and science will produce an entirely new art form, a new book says

Spirits on the Streets of Yangon

September 16, 2013
Arts, Culture & Media
Spirits on the Streets of Yangon

Nothing Off Limits as Cartoonists Critique Chemical Warfare

The civil war in Syria is deadly serious. And Middle East cartoonists have been depicting Syrian President Bashar al-Assad as a vulture, a butcher, a chemist cooking up chemical weapons. President Obama doesn't fare much better, either.

Nothing Off Limits as Cartoonists Critique Chemical Warfare

'Demon-Cratic Singapore': How Cartoonist Leslie Chew Takes on the Authorities

Singaporean Leslie Chew is the cartoonist behind the provocative comic strip 'Demon-cratic Singapore'. It's based on fictional events and characters but that hasn't stopped Singapore's government from charging Chew with contempt.

'Demon-Cratic Singapore': How Cartoonist Leslie Chew Takes on the Authorities

Cartoonist Steve Bell has been skewering British politicians since his career took off in the late 1970s. Because his obsession is politics, a good number of American presidents have come in for in his particular brand of satire. Steve Bell's leftist politics inform how he characterizes US presidents. George W. Bush was easy. Barack Obama: not so much.

Why Qatar's Art Buying Spree Could Inflate the Price of Paintings

Why Qatar's Art Buying Spree Could Inflate the Price of Paintings

The world of comic books characters created by Latino artists is growing.

Political cartoonists are registering their own opinions on the ouster of Mohammed Morsi's by Egypt's military. The World's Cartoon and Satire Editor Carol Hills talks about how the cartoons' messages vary according to the region where they were drawn.

Son Jarocho Music from Mexico and the Art it Inspired

Son Jarocho Music from Mexico and the Art it Inspired

South African cartoonist John Curtis is honoring Nelson Mandela by collecting political cartoons that tell his story. But telling Mandela's story in cartoons is difficult — since South Africa banned any quotes or images of him, including cartoons, for many years, and few knew what he looked like during his 27 years in prison.

Cosplayers Geek Out for Japanese Anime in the United States

Boston is hosting one of the largest anime conventions in the country this weekend. Anchor Marco Werman meets author Ian Condry to talk about his new book, "The Soul of Anime" and get a guided tour of the Anime Boston convention.

Cosplayers Geek Out for Japanese Anime in the United States

If you're mad about something on TV, in a magazine or even a radio program like The World, you can write to us. But if you're the subject of a political cartoon or caricature and you disagree with it, what do you do?

#8 - Bea Arthur and Unicorns Teach You the Heimlich Maneuver