The government faces a herculean task: battling an epidemic that affects at least 100 people per day, with TB strains that are increasingly drug-resistant. In fighting ISIS, the Philippines gets tangled in US-China tensions

September 5, 2017
Conflict
In fighting ISIS, the Philippines gets tangled in US-China tensions 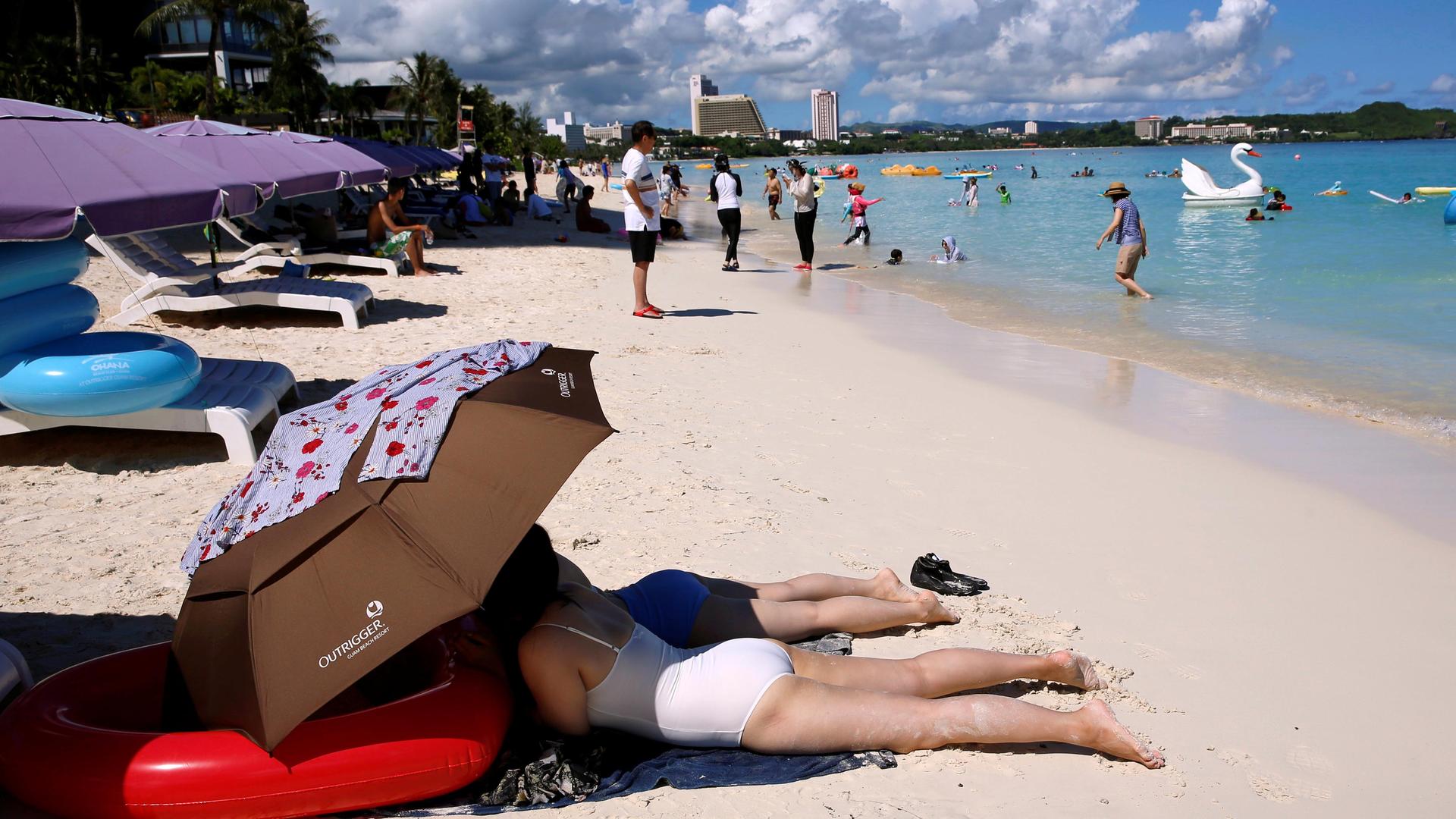 August 12, 2017
Conflict
Guam residents are more afraid of typhoons than they are of Kim Jong-un

The Trump Administration says it will honor the Obama-era deal with Australia to resettle its offshore detainees. That's good news for cartoonist Eaten Fish.

February 9, 2017
Justice
The Trump Administration says it will honor the Obama-era deal with Australia to resettle its offshore detainees. That's good news for cartoonist Eaten Fish.

Plastic trash is a big problem. How much do you throw away? (QUIZ)

December 20, 2016
Global Politics
Plastic trash is a big problem. How much do you throw away? (QUIZ)

When Pope Francis holds a Catholic Mass in Manila this weekend, he's expected to draw up to six million people. But there are conflicting hopes and expectations for what he'll say to Asia's most populous Catholic country.

In the face of sequester budget cuts, the American military is shrinking significantly. Normally associated with peacetime adjustments, downsizing during wartime is unheard of. For some officials, such as Acting Deputy Secretary Christine Fox, this is cause for concern.

Russia's moves in Ukraine are giving China a headache

There is plenty at stake in Ukraine for many governments around the world, especially China. Beijing has developed strong ties with Ukraine in recent years, but Chinese leaders don't want to risk alienating their much more powerful friends in Moscow.

Russia's moves in Ukraine are giving China a headache

China has detained a prominent advocate for the Uighur ethnic minority in far western Xinjiang. The State Department has expressed its concern over the arrest of Ilham Tohti. The Chinese government is also cracking down on a group of anti-corruption activists called the "New Citizens Movement."

Chinese documentary filmmaker Hu Jie uses personal stories to highlight some of the most difficult and horrific episodes in recent Communist Party history. Hu lives in Nanjing, China, where he continues to do his work, telling the stories that people don't want to talk about.

Despite the US 'pivot to Asia,' China will assert itself in 2014

What will happen with the Obama administration's ballyhooed "Asia Pivot"? And what will come of the recent brinksmanship over disputed islands in the East China Sea? Kaiser Kuo and Jeremy Goldkorn of the Sinica podcast share their predictions of how US and China relations will play out in the coming year.

Despite the US 'pivot to Asia,' China will assert itself in 2014

Cambodian police have killed at least three people during protests by garment workers in the nation's capital, Phnom Penh. Garment workers have launched a national strike to demand higher wages. Kate O'Keeffe of the Wall Street Journal says there is a political dimension to what's going on as well.

Some Chinese couples are telling their parents, 'Hands off our wedding!'

Just like in the US, weddings in China can cost a lot. But another headache for some Chinese couples planning to get married is pushy parents. So, some young people are deciding to go it alone on their wedding day — and that includes footing the bill themselves.

Some Chinese couples are telling their parents, 'Hands off our wedding!'

In atheistic China, people use ribbons in a park to appeal to 'higher powers'

China's atheistic communist rulers now say that certain religious beliefs are worth promoting for the sake of national development. Only a generation ago, nearly all forms of religious worship were essentially banned in China. The World's Matthew Bell toured a park in the Chinese city of Nanjing, where people seek help from "higher powers."

In atheistic China, people use ribbons in a park to appeal to 'higher powers'

The Pentagon moved quickly to challenge a newly-declared Chinese security zone in the East China Sea. On Tuesday, two US B-52 bombers flew near a chain of Pacific islands claimed by both China and Japan.