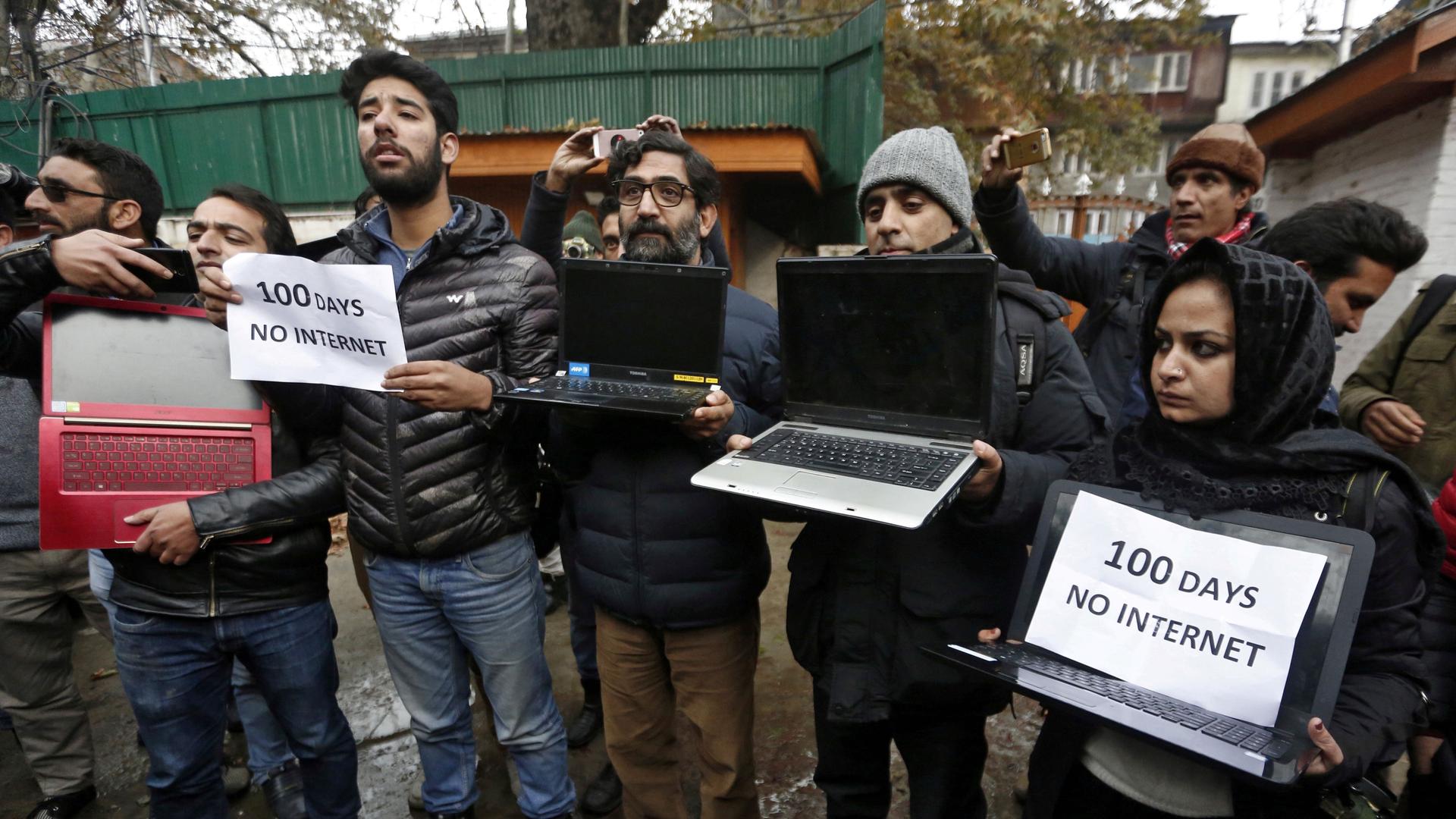 While daily life in the US and elsewhere can feel like a deluge of COVID-19 news and updates, most people in Kashmir haven’t been able to access basic information on the internet about how they can protect themselves. Citizenship law could do 'irreversible damage' to India's secular fabric 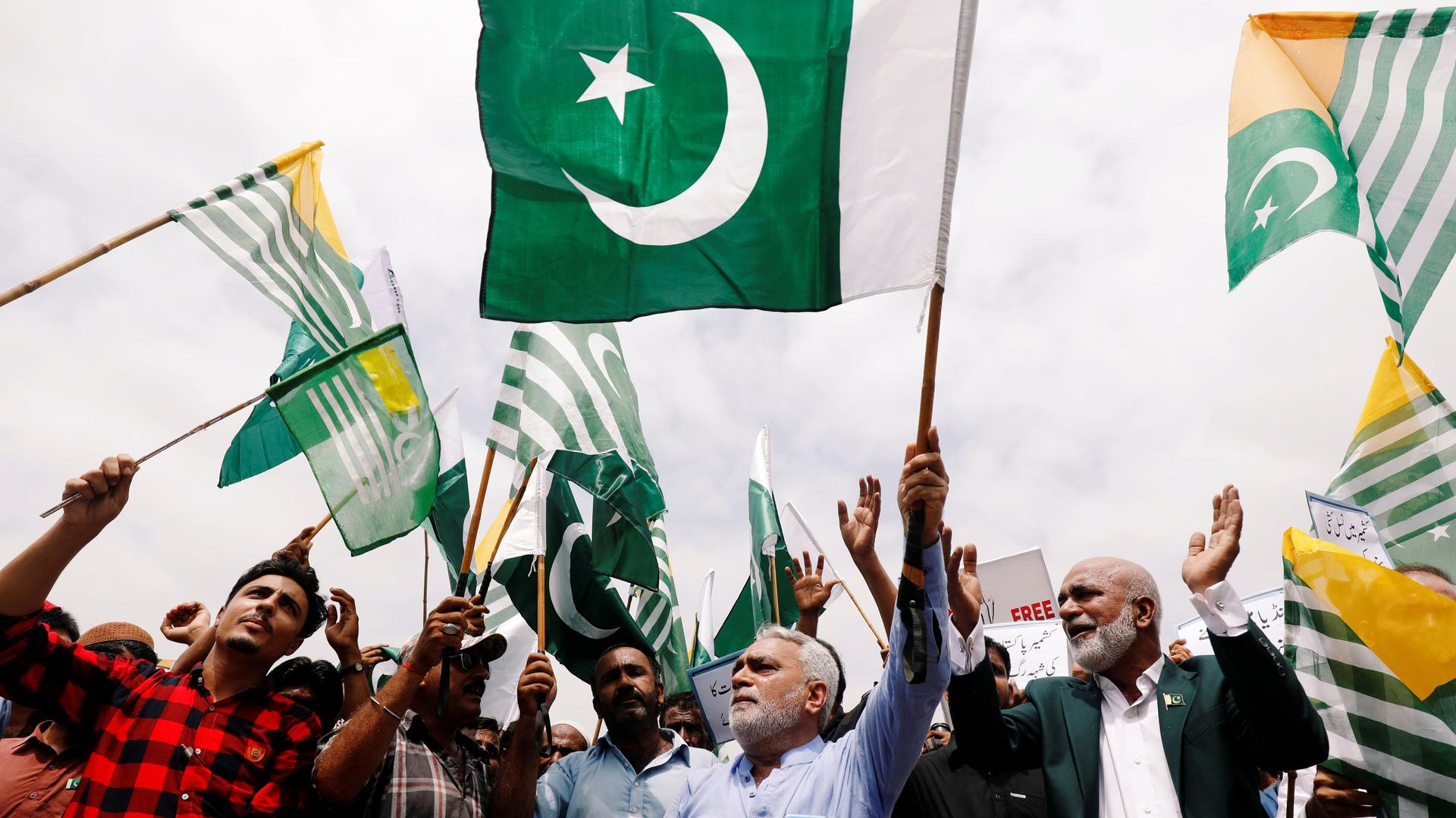 'We are preparing to defend ourselves,' says president of Pakistan-administered Jammu and Kashmir

October 3, 2019
Global Politics
'We are preparing to defend ourselves,' says president of Pakistan-administered Jammu and Kashmir

Finding resistance in fashion, Kashmiri creator turns to the pheran

One month after crackdown, protests continue in Kashmir

September 5, 2019
One month after crackdown, protests continue in Kashmir

Ignoring Kashmiri grievances will likely exacerbate extremism in the region.

Days away from voting booths opening for India's national elections, fake news has become pervasive and deadly. Whatsapp is trying to combat this with their Checkpoint Tipline.

India and Pakistan have been fighting for control over Kashmir, an 86,000-square-mile territory in the Himalayas, for seven decades. But the people of Kashmir have their own political goals too.

Kashmir: India and Pakistan’s escalating conflict will benefit Narendra Modi ahead of elections

India and Pakistan enter into a volatile situation after weeks of increasing tension.

Kashmir: India and Pakistan’s escalating conflict will benefit Narendra Modi ahead of elections

Pakistan says it shot down Indian jets, carried out air strikes in Kashmir

Pakistan carried out air strikes and shot down two Indian jets on Wednesday, Pakistani officials said, a day after Indian warplanes struck inside Pakistan for the first time since a war in 1971.

Pakistan says it shot down Indian jets, carried out air strikes in Kashmir

India said its warplanes struck a militant training camp inside Pakistan on Tuesday, raising risk of conflict between the nuclear armed neighbors.

Reincarnating as an enlightened being isn’t easy. Especially when you’re 6 years old.

After death comes for a rinpoche — a Tibetan Buddhist spiritual leader, imbued with supernatural powers — he or she may choose to reincarnate as an infant. Such was the extraordinary fate of a child named Padma Angdu, identified as a rinpoche in 2010. He was only 6 years old. A new documentary follows him as he grows into his destiny.

Reincarnating as an enlightened being isn’t easy. Especially when you’re 6 years old.

Another uneasy peace in Kashmir? Locals say it's meaningless.

Kashmiris want a real solution from the leaders who negotiate their fates — one that will last.

Another uneasy peace in Kashmir? Locals say it's meaningless.

India and Pakistan have disagreed over the border between the two countries in Kashmir since the partition decades ago. And they've fought at least two wars over the territory as well. But peace had taken hold for years recently — until new fighting broke out over the weekend.

The Indian states of Jammu and Kashmir are dealing with the most devastating floods in a century. Many are calling the floods Kashmir's Katrina. Journalist Basharat Peer returned there to check on his family and his hometown.