Click on the audio player above to hear the full interview.

The Republican Party holds it's caucus in Nevada today, and one issue that will likely be on the minds of voters is clean energy.

Both parties in the Silver State widely support solar technology. But state regulators recently caved to a utility company and rolled back an important financial incentive for rooftop solar owners. The decision has angered both residents and the solar industry—a key job provider in the state.

Overall, it seems that protecting the environment is no longer a “liberal” issue. According to a ClearPath poll conducted at the end of last year, 72 percent of Republicans thinks the United States should take action to accelerate the development and use of clean energy.

That same poll found that about 56 percent of Republicans now believe that climate change is real and at least partly connected to human behavior.

Despite these stats, the environment remains an issue that many Republican candidates and lawmakers typically steer clear of. But Debbie Dooley is hoping to change that. She’s one of the original founders of the Tea Party, and the president of Conservatives for Energy Freedom. 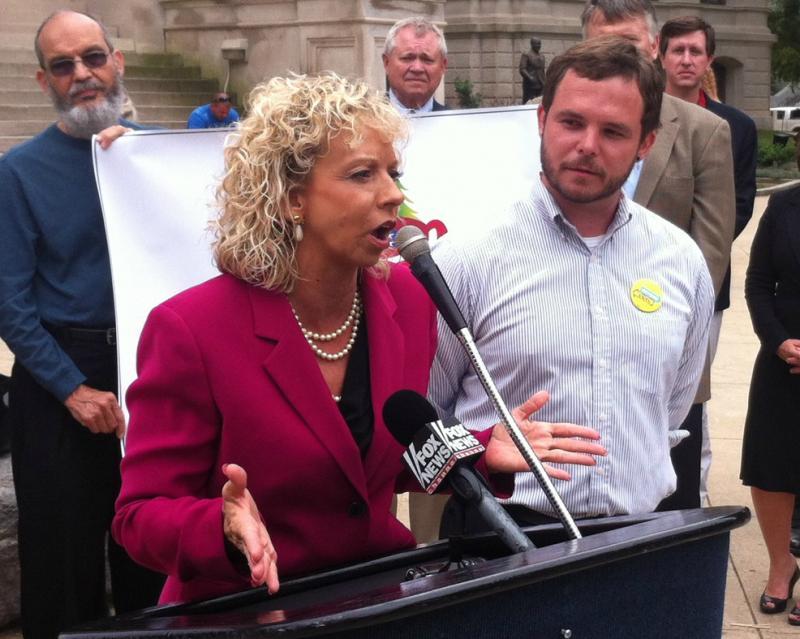 Debbie Dooley is one of the original founders of the Tea Party, and the president of Conservatives for Energy Freedom. She wants the GOP to think seriously about the environment.
(Credit: Debbie Dooley )

“I support all clean energy,” Dooley says. “I think it’s more fiscally responsible to prevent damage to the environment than it is to try to clean it up. But I’m not anti-coal or anti-fossil fuel. I’m pro-consumer.”

According to Dooley, lawmakers should be fighting to ensure consumers have multiple energy options because it represents conservative ideals that promote free market choices. She also believes it’s time to change the conversation around climate change in America.

“It’s all about the message,” she says. “At the beginning of 2013, I was the first conservative in the state [of Georgia] that began to strongly advocate for solar. A lot of times, a lot of the narratives that conservatives and Republicans have heard are coming from groups that are connected with fossil fuel interests.”

Dooley says conservatives have undergone a type of Pavlovian conditioning, saying that they have been trained to react negatively to terms like “climate change.”

“I have seen poll after poll that shows with the right message, conservatives, even Tea Party conservatives, by like a two thirds margin, support solar,” she says. “But if you bring climate change into the mix, that will go down. Ronald Reagan said that being good stewards of our environment should not be a partisan issue. I think it is extremely unfortunate that special interests have made this a partisan issue. It should not be, and I’m working to change that.”

Between now and the Republican National Convention in July, Dooley believes that clean energy will become a major campaign issue, even among conservatives.

This story was produced as part of WBEZ’s Heat of The Moment project.