Coming up on today's show:

Check out some Takeaway photos from the GOP convention below.

TONIGHT: After they've had their say, have yours! Join Todd Zwillich for a live convention call-in show from Cleveland. Details here. 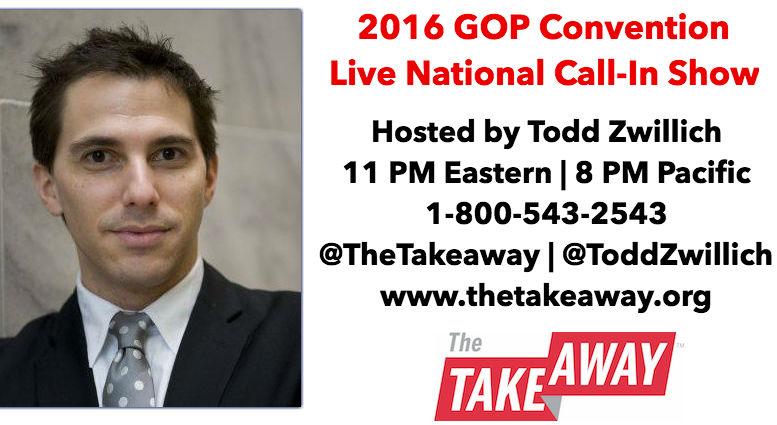