The home of America’s aspirations and deepest contradictions. 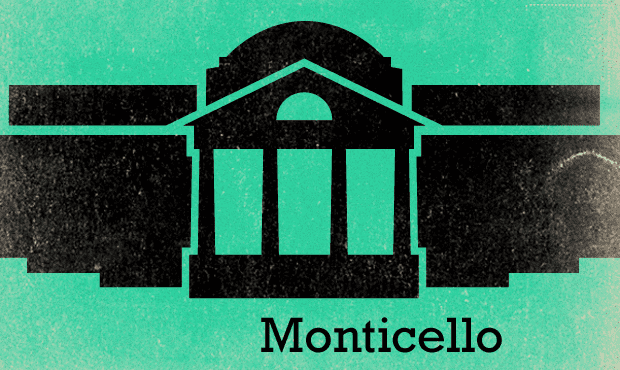 Monticello is home renovation run amok. Thomas Jefferson was as passionate about building his house as he was about founding the United States; he designed Monticello to the fraction of an inch and never stopped changing it. Yet Monticello was also a plantation worked by slaves, some of them Jefferson’s own children. Today his white and black descendants still battle over who can be buried at Monticello. It was trashed by college students, saved by a Jewish family, and celebrated by FDR. With Stephen Colbert, filmmaker James Ivory, and artist Maira Kalman.

Monticello plans to re-create or restore spaces where Thomas Jefferson's slaves worked and lived. This $35 million project includes the room where Sally Hemings likely lived, which was turned into a restroom in a 1940s renovation.

American Icons: Monticello was produced by Amanda Aronczyk. The Jefferson family graveyard story was produced by Ann Heppermann. The actor David Strathairn was the voice of Thomas Jefferson. David Krasnow edited the show.
Music was provided by David Prior, with John Matthias for Small Design Firm, and can also be heard at Monticello's interactive exhibition, Boisterous Sea of Liberty.