Kurt Andersen looks into how the Lincoln Memorial became an American Icon.

Sarah Vowell discusses the battle over Lincoln's memory, which lasted for three generations. Dorothy Height, a veteran of the Civil Rights Movement, recalls witnessing Marian Anderson's historic concert there in 1939, and hearing Martin Luther King Jr. declare "I have a dream" in 1963. And a former White House aide sets the record straight on Richard Nixon's infamous 4 a.m. trip to the Lincoln Memorial, where he met with student protesters there to denounce the Vietnam War.

Plus, actor David Strathairn reads the Gettysburg Address, which is engraved on the Memorial, for Studio 360. 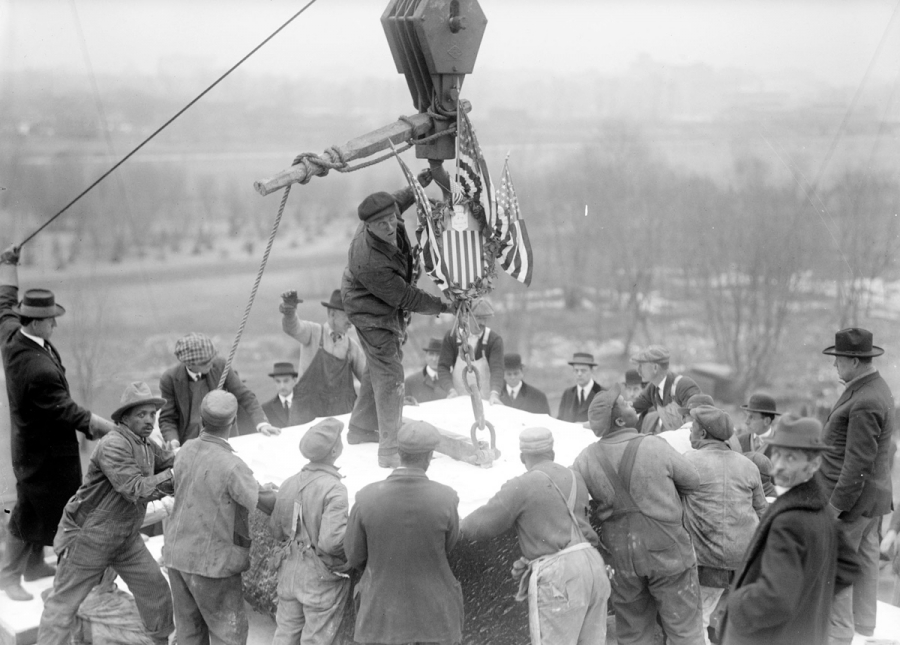 Workers position the cornerstone of the Lincoln Memorial building, 1914. 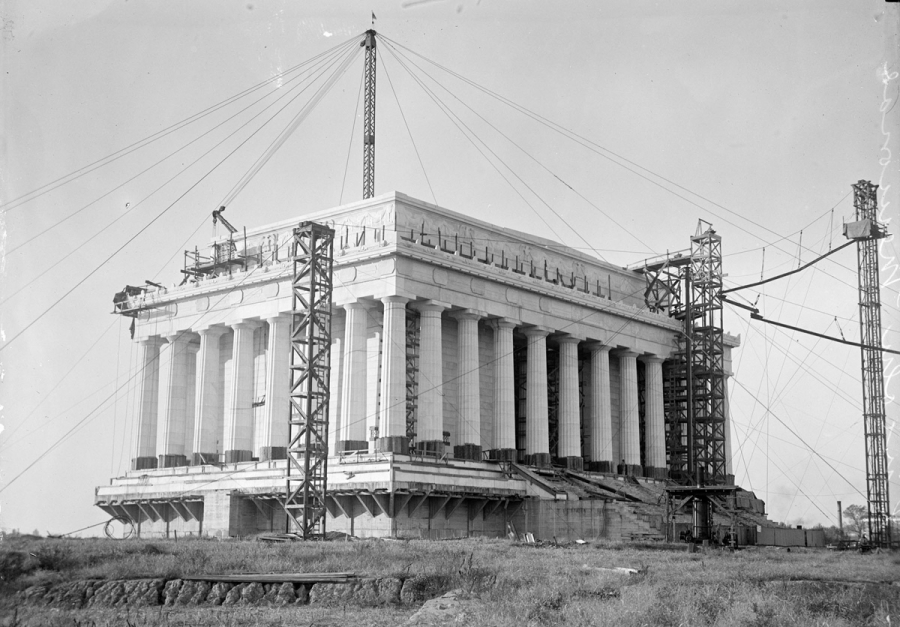 The Lincoln Memorial under construction, 1915. 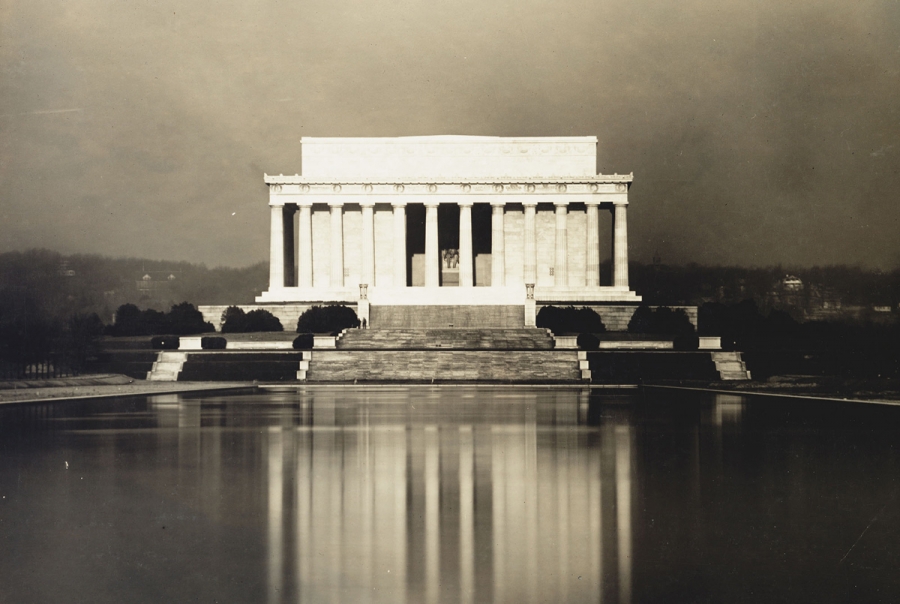 The Lincoln Memorial and reflecting pool, 1923.

Sign up for The Top of the World, delivered to your inbox every weekday morning.