New York City’s official poster was designed by Steve Duenes, the graphics director of The New York Times. It clearly lists the steps of how to perform the Heimlich maneuver next to greyscale illustrations of a couple going through the motions.

But in the past few years, New York City restaurant owners have started replacing Duenes’ poster with new ones designed by local artists, illustrators, and graphic designers. “So many restaurants are so aesthetically focused,” says Sonja Sharp, a reporter who recently wrote about these new posters for the The Wall Street Journal. “When you have those posters from the Department of Health, it really sticks out.” 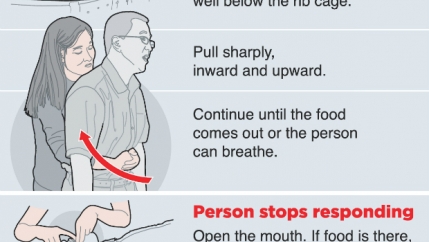 The posters run the gamut in theme and style. There’s Alex Holden’s Cuban cocktail lounge version in pen and ink and Lara Antal’s graphic novel-style romance. The posters are incredibly eye-catching, funny ways teach people what to do in an emergency.  The catch: they’re not entirely legal.

And Bea Arthur giving the Heimlich to a unicorn? That may be a step too far. “Having worked in a restaurant, it’s important to have because you panic,” says Lara Antal. “It would be nice if you look at something and it doesn’t induce more panic.”

Duenes isn’t sold on the more adventurous interpretations, either. “I haven’t conducted any research,” he admits, “but it seems unlikely that people would be so engaged by a comic-style choking poster that they will make their way through the whole thing and know what to do in an emergency.” Still, even Duenes’ official version features a big joke. That choking victim is a friend of is – just don’t ask him to reveal who it is. 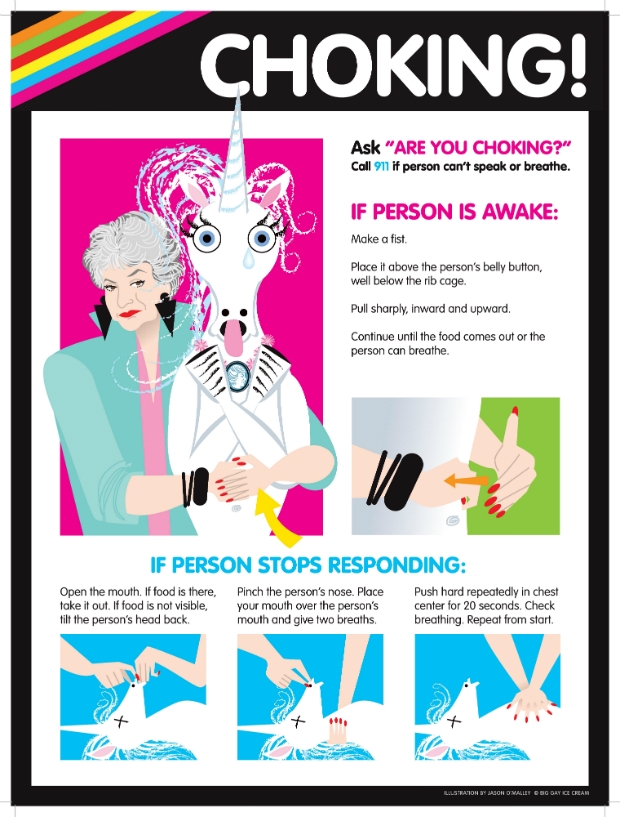 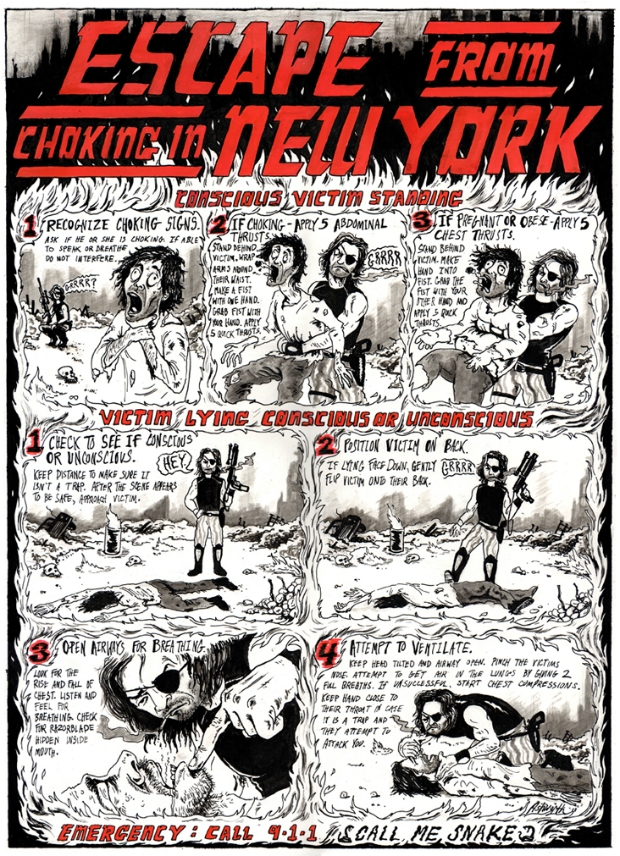 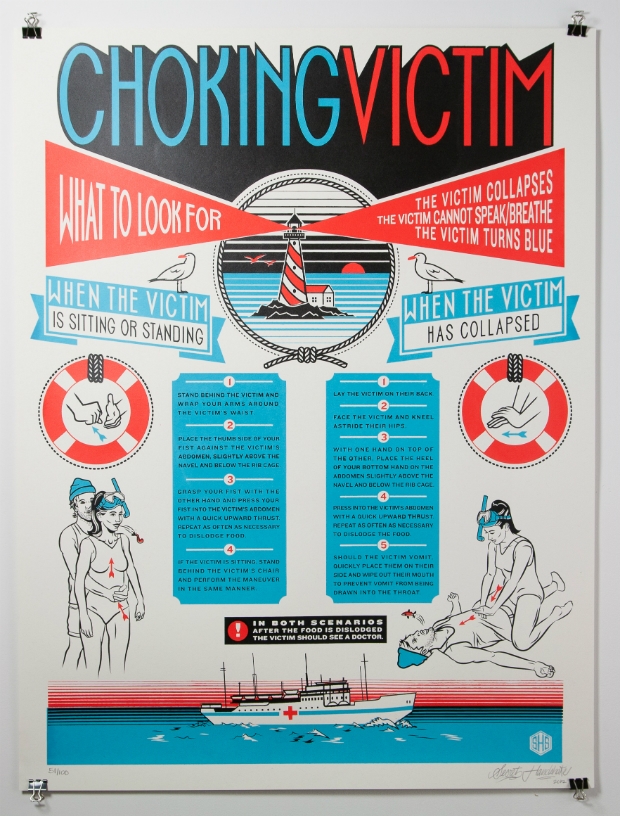 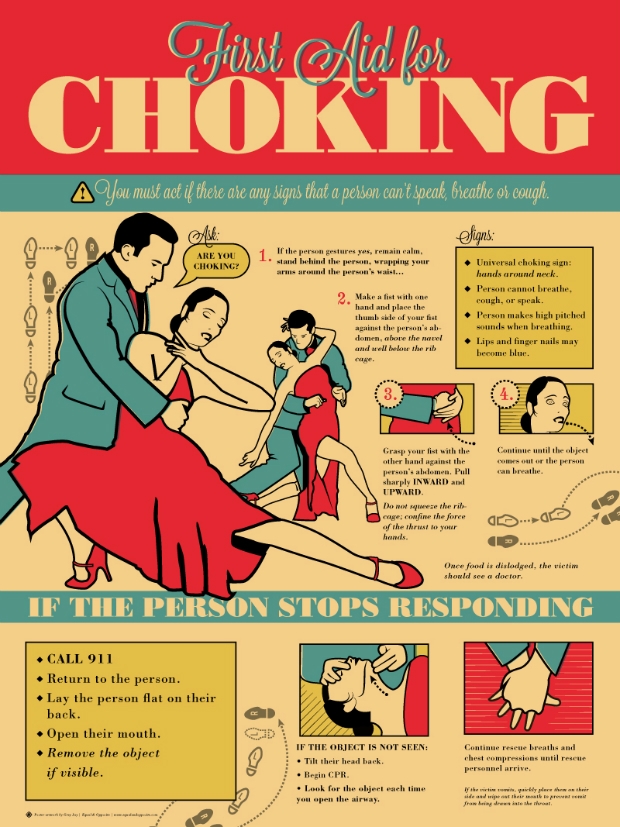 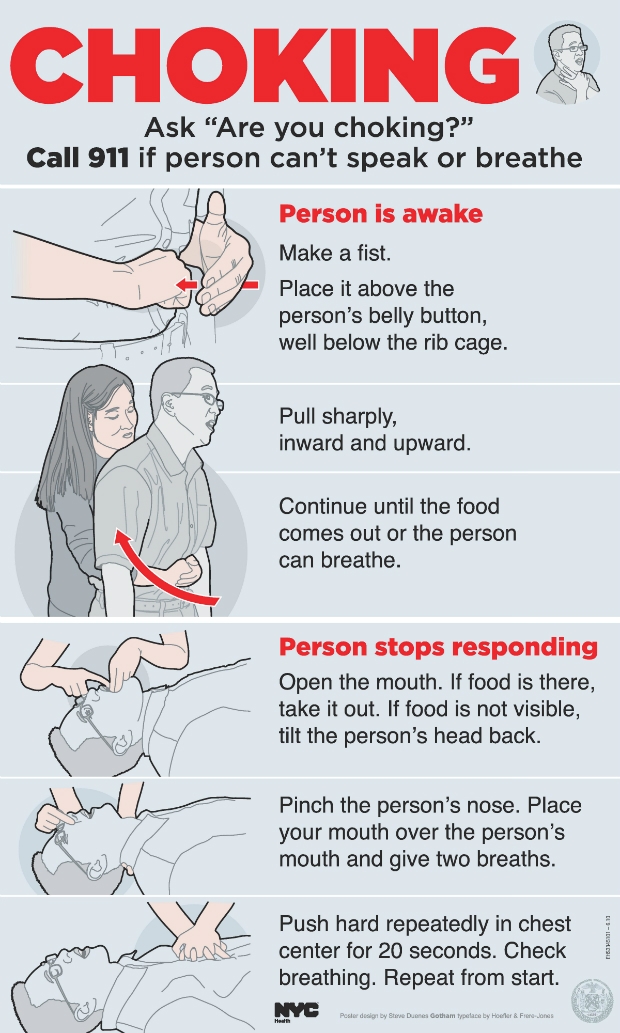 Sign up for The Top of the World, delivered to your inbox every weekday morning.