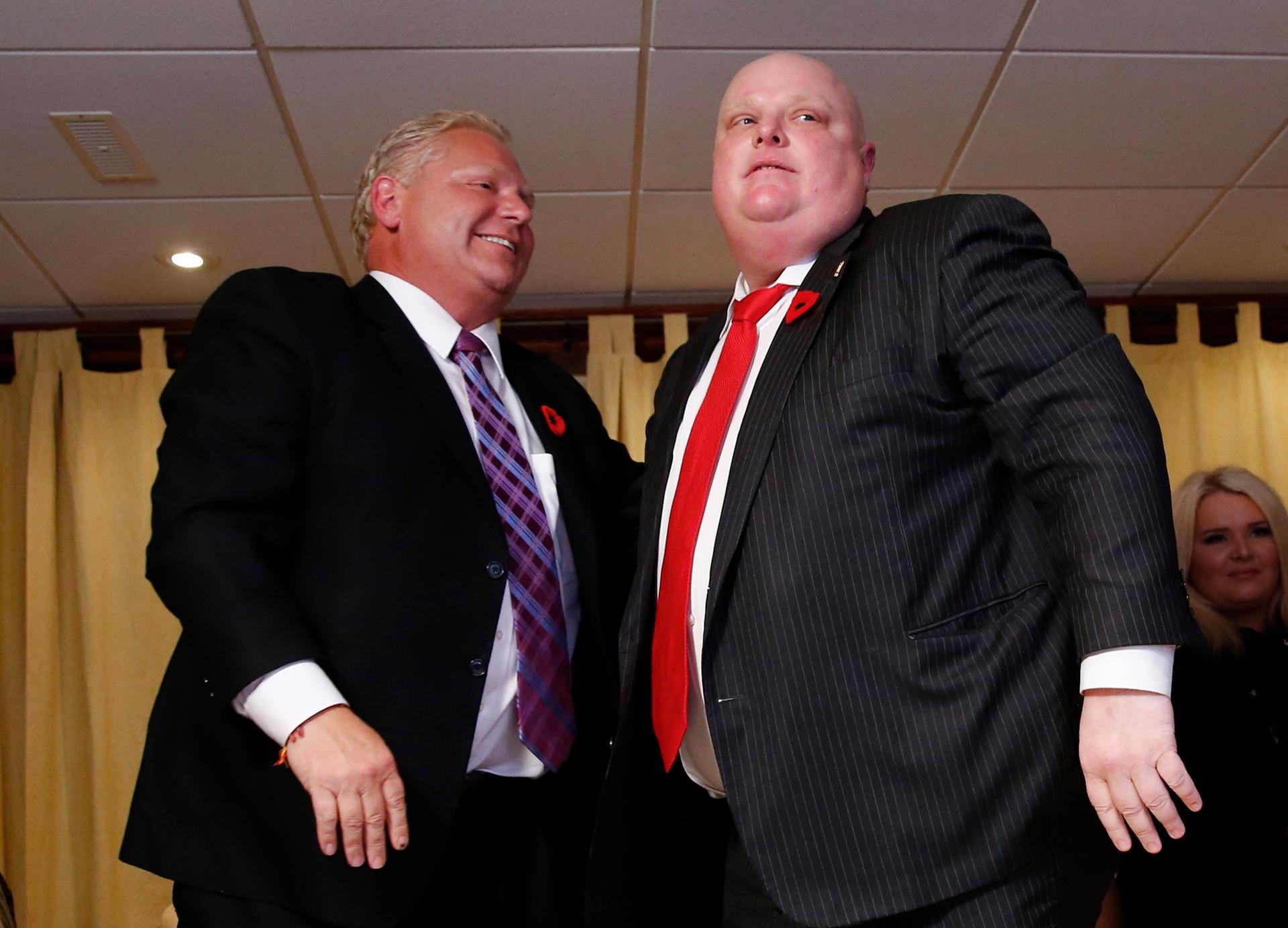 For years, Toronto mayor Rob Ford has provided comedy shows with punchlines — but the joke is over. After years of scandals involving things like drunk driving and crack cocaine abuse, Rob Ford is no longer mayor, and his brother lost his bid to fill his seat. 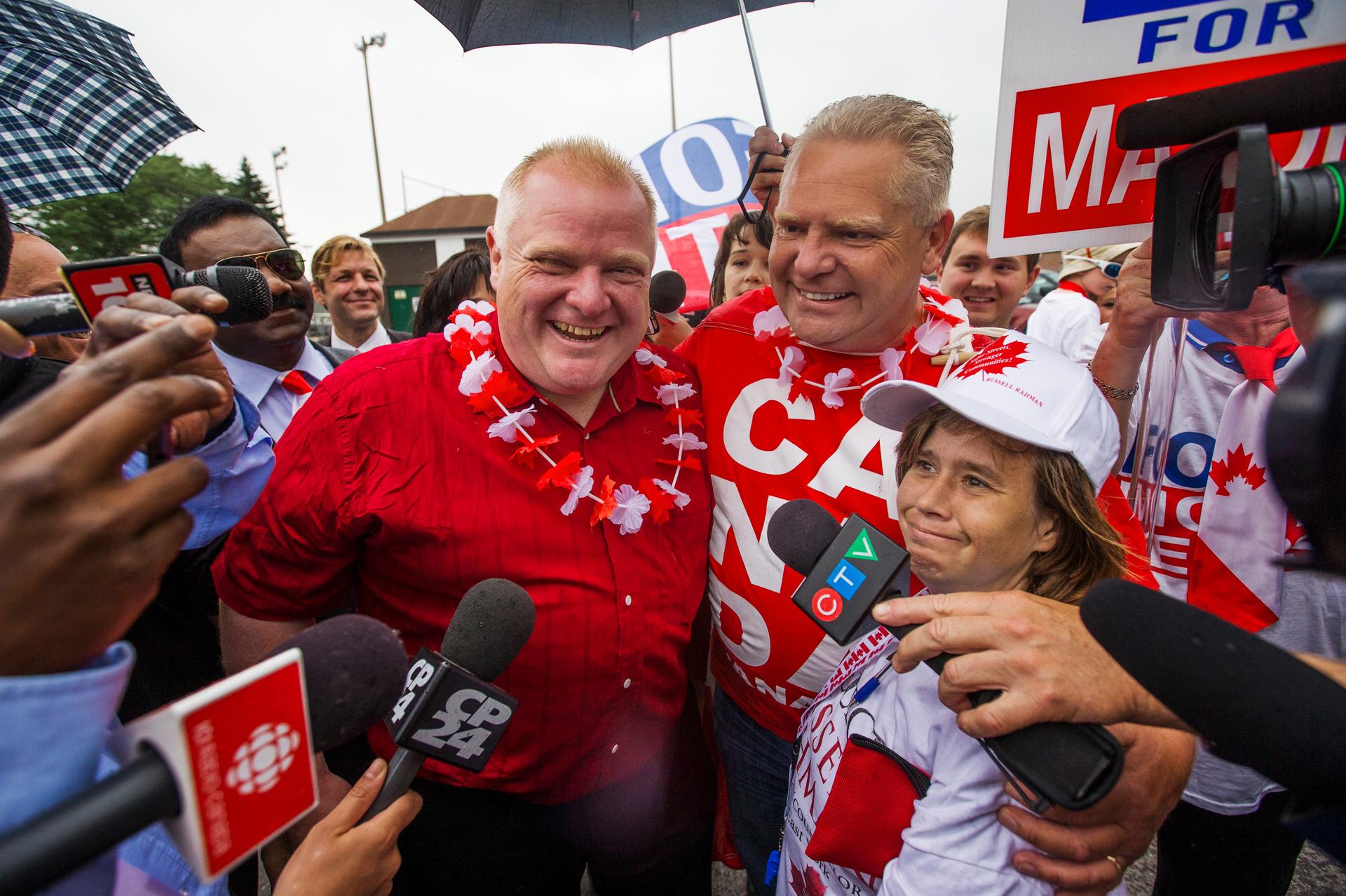 September 18, 2014
Global Politics
Toronto Mayor Rob Ford has been diagnosed with cancer — so his brother is taking his place on the ballot 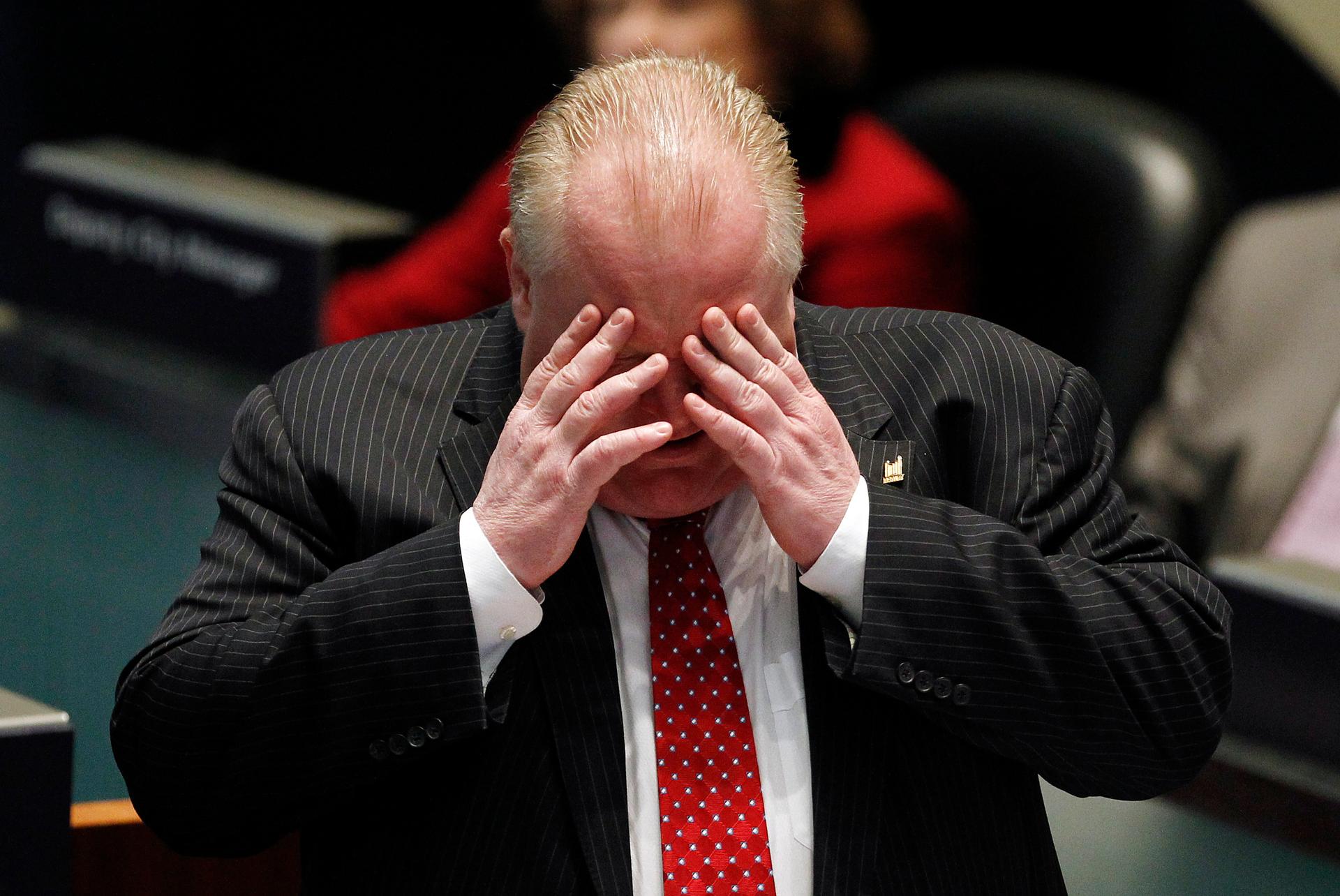 In 'Crazy Town,' Rob Ford continues to reign — and run for re-election

Mayor Rob Ford's re-election campaign is moving forward, one selfie at a time

November 22, 2013
Global Scan
What might have happened if Kennedy had lived?

Toronto Mayor Rob Ford? I voted for him and I'd do it again

If you've been paying attention to the news at all, you've heard about Rob Ford. And you've probably wondered how he got elected. The answer? Ford Nation — an intensely loyal and ethnically diverse group of supporters who are sticking with him, despite the recent scandals and revelations.

Toronto Mayor Rob Ford? I voted for him and I'd do it again

CBC radio program Day 6 has produced an opera focusing on the troubles of Rob Ford -- Toronto's embattled mayor. Ford is mayor in name only. The City Council has stripped him of all substantive powers. His story of drunken binges, crack smoking and driving while intoxicated can be seen as a saga worthy of a tragic opera.

If you find it hard to understand Toronto's Mayor Ford, this might help

Rob Ford, mayor of Toronto, first admitted to using cocaine, then there was alcohol, and last night he used profanity on state TV. Which got us wondering, where did Ford come from and what happens now? Here's what we found out.

If you find it hard to understand Toronto's Mayor Ford, this might help

What happens when your namesake is a crack smoking mayor? Rob Ford, a lecturer on politics at the University of Manchester in England knows all too well.

'Egypt's Jon Stewart' is still off the air

Egyptian satirist Bassem Youssef, described as Egypt's version of Daily Show host Jon Stewart, found himself without a TV network after his show was pulled by his own network last week, with no sign he'd be allowed back on. Plus, the Philippines are reeling after the strong storm to make landfall ever recorded slammed into the island nation. Those stories and more in today's Global Scan.

'Egypt's Jon Stewart' is still off the air

Crack, Lies and Videotape — it's a tale only Toronto can tell

For months now, the Toronto Star has been reporting on Toronto Mayor Rob Ford's possible ties to drugs. Now, there's a new development. Police say they have a video that allegedly shows the mayor using cocaine.

Crack, Lies and Videotape — it's a tale only Toronto can tell

Toronto Mayor Rob Ford has been ordered by a judge to vacate his office, after Ford was found to have violated conflict of interest rules. We hear more from Toronto Sun writer Lorrie Goldstein.

Deep in His Own Zone: Toronto's Mayor in Trouble Over His Football Foundation

Toronto's Mayor Rob Ford is in hot water, not over his policies, but over his involvement with a football foundation he runs.

Deep in His Own Zone: Toronto's Mayor in Trouble Over His Football Foundation

War on the Streets of Toronto: Motorists vs. Cyclists

An estimated 1.7 percent of people in greater Toronto cycle to work. That's a low figure compared to other large North American cities listed. Many European cities such as Berlin, Copenhagen, and Amsterdam leave Toronto in the dust.

War on the Streets of Toronto: Motorists vs. Cyclists