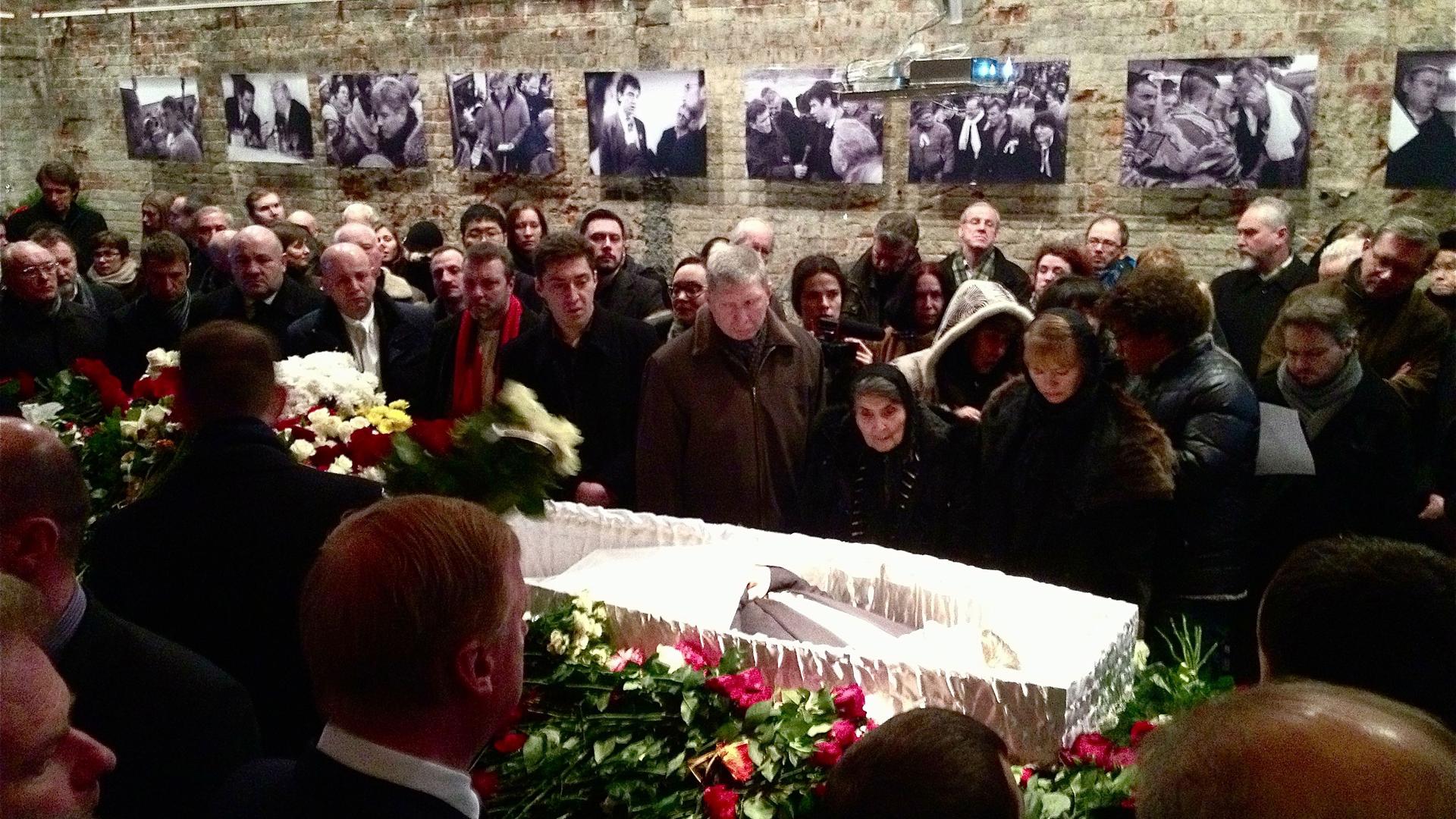 Russian dignitaries, including the widow of former President Boris Yeltsin, turned out on Tuesday to mourn murdered activist Boris Nemtsov. They were joined by many ordinary citizens, who seem to be ready for a larger movement in the wake of Nemtsov's death.